Are you a landlord? Need help?

I have had many client-investors over the years use ROMS and they all say what a great source of information and help this organization is. http://www.propertymanagement.ca

Hope this helps.
Cheers
www.DeanBirks.com
at 3:00 PM No comments:

Radon - Fact vs Fiction & the next scare inspectors want to cash in on.

The comments below are not to imply that I am an expert but an experienced REALTOR® that has seen over the years far too many home sales/purchases collapse because a so-called expert gave advice without things being put into perspective.

For this blog my big issues is with what I am hearing from some inspectors that say radon testing should be part of a home inspection and charge an additional $100 to $300 for a short term 1 to 7 day test. Suggesting to do a short term test for radon is no different that saying lets test for oxygen or carbon dioxide. There is no doubt that Radon is there, but what you want to know is it a potential problem, which can only be done with a long term testing as per Health Canada, World Health Organization & National Cancer Institute that all comment that a short term test is not reliable enough. That a 3 to 12 months minimum is required, especially if one is going to use the information to renegotiate or even kill a home purchase over it. Here is a link to both the World Health Organization report and the Canadian Cancer Statistics 2013.

I have been a REALTOR® for many years and have seen the development of many (in my opinion) scare tactics to home buyers and sellers which has lead to hundreds and thousands of dollars in unnecessary costs. Most of these scare items seem to come under the environmental subject. One example, for many years is homeowners being duped or pressured into paying big bucks to remove vermiculite insulation that contains less than 2% asbestos found in an attic. Yet some environmental engineers, inspectors, and others will say you need to remove it at the cost of $6000 to $10,000 on average. If prodded they will admit that there is no health hazard if its left alone. Yes if you go up in the attic and stick your head down in it and breath deep then you may have opened yourself to a health hazard, but so is playing on a busy street or having 4 spoons of sugar in your coffee etc etc.

Now as a REALTOR® I'm hearing again with more frequency about a new scare tactic, in my opinion. But you won't hear much until those wanting to profit are organized, have their equipment and are ready to work. Whats the latest? Well its been around a long time but recently it is being pumped up again. It's Radon! Yup a radioactive gas that is formed naturally by the breakdown of uranium in soil, rock and water found in trace amounts around the world. It is found everywhere just like oxygen & carbon dioxide. I'm not against getting your home tested but it should be done over a long period of time (3 months minimum) as per Heath Canada and at a very reasonable cost. (I bought a long term test meter for $139, see note below).

There are many many more issues/scare tactics that come under the environmental theme and the one big common factor they all seem to have is, it normally costs consumers a ton of money to solve. But not radon if you're smart about things.

There is alot of conflicting info on Radon out there and in the US it appears the radon inspectors have really figured out a way to do a cash grab on home buyers and sellers which can falsely affect home deals base on these inaccurate short term testing results.

1 - Health Canada quote - “Health Canada recommends that the radon test performed in a home or public building be a long-term measurement. Health Canada does not recommend a test of duration less than 1 month, a minimum of 3 months is recommended and 12 months is optimum since radon concentrations vary over time.”
Here is link to details - http://www.hc-sc.gc.ca/ewh-semt/pubs/radiation/radon_homes-maisons/index-eng.php#a21

2 - Forensic-Applications quote - "A large portion of the general population is under the impression that the scientific community has concluded that exposure to indoor radon conclusively causes cancer, and that there is scientific consensus of this fact. Most people are not aware of the fact that there are actually no conclusive studies that have ever demonstrated that exposure to indoor radon, as commonly seen in the overwhelming vast majority of houses, increases the risk of cancer by any amount, and in fact, in the larger and better studies, what we see is that the risk of cancer actually goes down with increasing radon concentrations; to a critical elevated level (not seen in houses) wherein the risk then begins to rise. But those kinds of radon levels where risk increases is virtually never seen in houses."
Here is a link - http://www.forensic-applications.com/radon/radon.html

3 - World Health Organization quote - “At least 40 case-control studies of indoor radon and lung cancer have now been conducted. Individually, most of these studies have not been large enough either to rule out an increased risk or to provide clear evidence that an increased risk existed.”
Here is link, see PDF page 23 - https://app.box.com/s/lreskf69q7tgzewonuyb

To solve my curiosity I have ordered online a "Safety Siren Pro Series3 Radon Gas Detector, HS79712 Canada version" for $139 (price within reason and recommended by Consumer Reports). There are many more products and prices available online.

Once I have used it on my home it will be free to borrow and use to any of my clients.

Again the purpose of this blog is to caution against using results gathered from some inspectors that charge you for short term test (which is the only way for them to make money as long term testing is not feasible for them) and implying a decision whether to buy a home or not can rest on that. A long term test appears to be the only true reliable way to test which I do encourage.

VANCOUVER, BRITISH COLUMBIA--(Marketwired - Dec. 19, 2013) - Northern Gateway Pipelines, L.P. announced today that the Joint Review Panel (the Panel) recommended that the federal government approve the project, subject to 209 required conditions. The Panel stated: "Based on a scientific and precautionary approach to this complex review, the Panel found that the project, if built and operated in compliance with the conditions set out in its report, would be in the public interest."
Here is link to full news release - http://www.enbridge.com/MediaCentre/News.aspx?yearTab=en2013&id=1793746

So the airport is working to bring the infrastructure to Prince George.
In addition to opening the third largest commercial runway in Canada a few years ago, adjacent to the airport sits a global logistics park that has 3,000 acres to develop.
- See more at: http://www.aircargoworld.com/Air-Cargo-News/2013/12/british-columbia-airport-hopes-fuel-logistics-park-attract-cargo/1016269#sthash.jXc3PEta.dpuf

Welcome to the Investor Blog for Prince George. I hope you find the information interesting and usefull. If you have a subject or would like to add something to this blog just send me a note via my contact link. 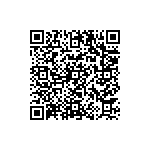 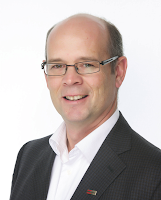 Dean Birks has been involved in the BC Real Estate market as a professional Realtor for many years and is in the top 1% within Royal LePage Canada. Dean lives and works in Beautiful Prince George BC. Dean specializes in residential and investment real estate. Buying, Selling, Referrals and Relocation. Visit www.DeanBirks.com for details.